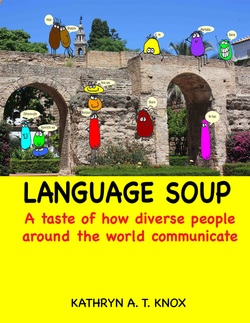 "English is fast becoming the world's universal language, and instant translation technology is improving every year. So why bother learning a foreign language? Linguist and Columbia professor John McWhorter shares four alluring benefits of learning an unfamiliar tongue."
http://www.ted.com/talks/john_mcwhorter_4_reasons_to_learn_a_new_language?utm_source=newsletter_daily&utm_campaign=daily&utm_medium=email&utm_content=button__2016-10-07
This podcast of the Hidden Brain discusses the value of language learning.  Enjoy!
Purchase at Amazon
In this book there are chapters about language in general, how languages connect with other languages, and how languages change over time.  Learning about language can be really eye-opening and fascinating because language is how we all communicate together to share thinking.

Enjoy the challenge of new doors opening in thought as you explore and interact with a plethora of language information!

Check out the article on Monolingualism - the Illiteracy of the 21st Century under the Blogs tab to see how learning about new languages and discovering new cultures is crucial in this dynamic world.

Listen to the languages below!

If you're interested in how languages work and develop, and like to learn new things, you'll like this easy to read book.  I learned some interesting things!  CISCO​

A Note to Parents and Teachers

Understanding of, and interest in, global communications will continue to play an increasingly vital role in education, business, politics, and relationships. Language Soup opens doors of understanding about how different people communicate and how languages work.

Here is an excerpt from philosophy of the National American Council on the Teaching of Foreign Languages (ACTFL) :

Language and communication are at the heart of the human experience. The United States must educate students who are linguistically and culturally equipped to communicate successfully in a pluralistic American society and abroad. This imperative envisions a future in which ALL students will develop and maintain proficiency in English and at least one other language, modern or classical.

The National ACTFL standards include developing knowledge and skill in the areas of   Communications, Cultures, Connections, Comparisons, and Communities.  Standard 4 is especially relevant to this book:


Standard 4:  Develop Insight into the Nature of Language and Culture

•  Standard 4.1: Students demonstrate understanding of the nature of language through comparisons of the language studied and their own

•  Standard 4.2: Students demonstrate understanding of the concept of culture through comparisons of the cultures studied and their own.

First, I want you to know how much I appreciate you.  You are reading my book!  But this book isn’t really  mine. It’s a compilation of a lot of people’s help and ideas. Now, this book is yours.

My goal was to provide you with interesting information about languages.  I included a sample of 12 languages along with lots of facts and trivia about many more.  You’ll also hear a language spoken in a short video in each chapter.

How did Language Soup come to be?  When I was teaching French at a junior high school, the students and I got into a discussion of languages in Africa.  Some of the students asked about Arabic with questions like, “Are those letters like our alphabet?”  “How does that language sound?”  When I wrote some of the student’s names phonetically on the board using Arabic letters, we were off and running into exciting learning.  That lesson planted the first seeds for this book.  Students wanted to know about the fascinating communication systems we share as human beings. 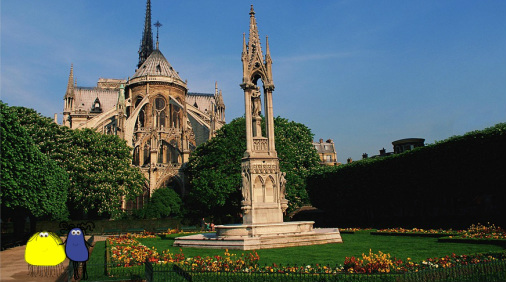 Table of Contents for Language Soup:

INTRODUCTION TO LANGUAGE
ROMANICE LOQUI
ESPAÑOL
FRENCH
CONSTRUCTED LANGUAGES
JAPANESE
MANDARIN CHINESE
RUSSIAN
GREEK
ARABIC
HEBREW
YORUBA
FINNISH
DINÉ BIZAAD
HINÓNÓ’EITÍÍT
MORE ABOUT LANGUAGE
​Reviews
"I want you to know that I enjoyed the reading and I certainly learned a lot!! For example, I didn't know what an "abugida" was (although I had been to Thailand and Sri Lanka were they use this type of script). I especially enjoyed S. T. Watt's poem on the challenge of English spelling. I also learned a lot of English vocabulary and the correct pronunciation (which is always a challenge, being as it is a second language for me). The "trivia notes" deserve a special applause! They add a lot to the academic aspect and, at the same time, are a lot of fun. I also must admit I had no idea about the variety and the sheer number of the African language families. One never gives much thought about that." - Fernando (Mexico)

"By coincidence, I read this book as my spouse and I were traveling in Denmark, our first trip there and our first exposure to the Danish language. This made me all the more appreciative of the author's extensive research and lucid exposition of characteristics of an array of different languages. Before reading this volume, I had never even heard of a postposition. Now I know what it is, and a lot of other interesting aspects of language, thanks to this very enjoyable book. " - Sally


"Great Languages and trivia I never knew about. The audio feature is cool too because [in the iTunes version]  you can hear twelve different languages being spoken (including Yoruba, Latin, and Arabic." -Farris 21


"This was a very quick read. This book took you on a journey around the world. It's definitely fascinating how communication is such a key element in how we do EVERYTHING. This book really opens your eyes to things you may have thought, but never knew for sure!" - Amber (US)

It seems, at first sight, that this book was written having in mind young English speaking students who are interested in learning about the breathtaking variety of languages on this planet. I can say, after having read it twice, that it is meant for all those readers that are interested in linguistics, regardless of their age, and whether or not English is their first language. In my case, I learned English as a second language in Sunday School. One of my favorite subjects in High School was etymology. Language Soup reminded me of those wonderful years when I was learning other languages besides my native Spanish. It clearly explains about semantics, sentence structure, language families, syllabaries, abugidas, etc. Some of the language families mentioned, I hadn't even heard of. I enjoyed the trivia notes, and the research guidelines and suggestions throughout the book are especially good! I highly recommend Language Soup.  Enviado desde mi iPad